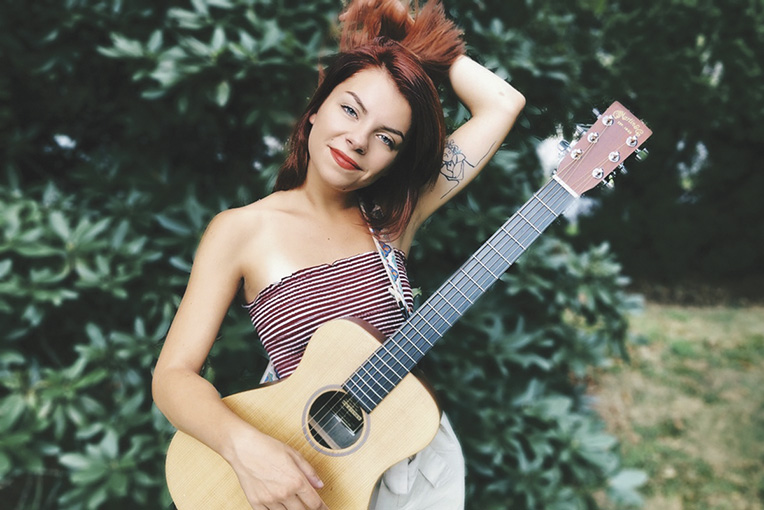 Paris Ray is a 23 year old singer songwriter from Long Island. After teaching herself guitar when she was 16, she’s since opened for Katrina of Katrina and the Waves, John Herrington of Steely Dan and David Crosby! You may have heard her soulful rendition of Lean On Me in the national Dawn commercial this past year!

Paris Ray is a 23 year old singer songwriter based in Long Island, NY. She started in the entertainment industry at the age of 4 as a child actress, appearing in shows like Guiding Light, Late Night with Conan O’Brien, All My Children, 30 Rock, and iCarly. After years of acting in commercials, TV shows, movies and off-broadway shows, she found herself getting more seriously into music. She taught herself guitar when she was 15 and never looked back.

Most recently, you may have heard her in the national Dawn commercial singing a soulful rendition of Lean On Me which started airing July 2018! She has written dozens of songs, one placed in a McDonald’s commercial, and performs full time at wineries, bars, restaurants and breweries. After opening for legends like Katrina of Katrina and the Waves, Jon Herrington of Steely Dan, and David Crosby of Crosby, Stills, Nash & Young, she is so excited to be debuting her first full length album at the tenth Montauk Music Festival!