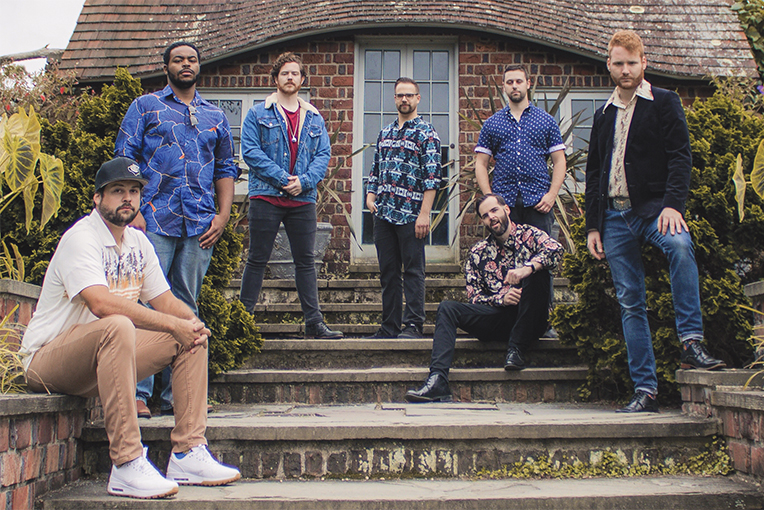 Drop The 4 is a New York-based ensemble that brings together all things funky for an unforgettable live performance that’s never the same twice. The band’s unique sound and charismatic live energy comes together to keep people dancing.

Drop The 4 is a New-York based ensemble that seeks to reinvent the way people think about funk. The band has its roots in a series informal jams between school friends after the discovery of a dusty old electric piano. DT4 has since gone on to perform at several prominent venues and festivals in the Northeast, and share the bill with some of the jam scene’s heaviest hitters. Having played initially as Ladies Drink Free, the band rebranded in 2019, seeking a new, streamlined image. The key to the band’s chemistry is the strong musical bond and friendship between its founding members, coupled with each musician bringing their own set of influences and experiences into the songwriting mix. Nothing is left off the table when it comes to all things funky. With this mindset, Drop The 4 draws from a diverse array of styles from the musical spectrum to write originals songs and creative cover arrangements with one common cause: to make people move. Ever aiming to keep things interesting, Drop The 4 brings brings these elements, along with charismatic showmanship for a live performance that is never the same twice. The band is honored to return to the Montauk Music Festival for another year of music, fun, and amazing people.