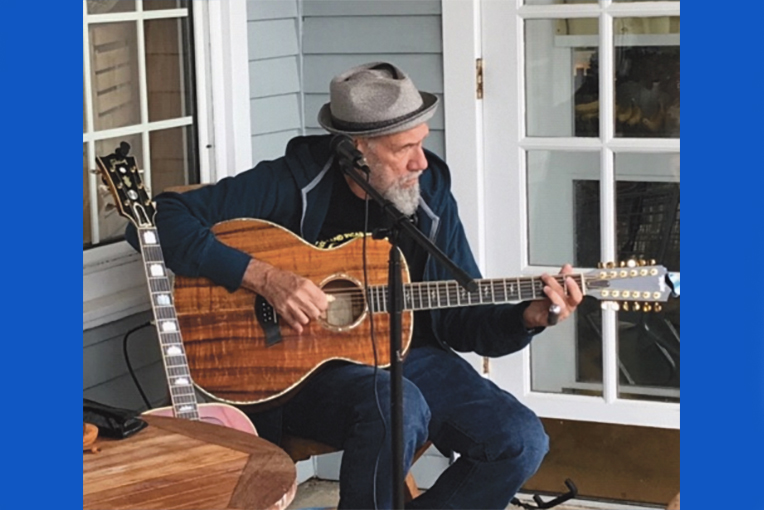 Bikoff hailed from Oyster Bay in Long Island, NY and got his start by playing the Greenwich City folk clubs, coming into contact with Sonny Terry & Brownie McGhee, Dave Van Ronk, Mississippi John Hurt, and that beautiful Bay Area one-man-band Jesse Fuller. But the most revelatory piece of information provided is a link to a YouTube clip of Bikoff playing on the Ted Mack Amateur Hour.

DON BIKOFF , ‘American Primitive’ solo guitarist Don Bikoff isn’t someone who could ever be described as a prolific recording artist. The 2013 Tompkins Square re-release of his 1968 cult obscurity Celestial Explosions was the first that many (this writer included) had heard of this enigmatic master. But it’s quality, not quantity that counts and this is a more-than-worthy successor to that debut record. Bikoff cut his teeth on the 1960s Greenwich Village folk and blues scene, where he met the likes of Dave Van Ronk, Sonny Terry & Brownie McGhee, Jesse Fuller and Mississippi John Hurt first-hand. That firsthand roots grounding has provided his own music with an inherent rhythmic and melodic brawniness that’s absent in the flaccid efforts of any number of lesser post-Basho noodlers. Bikoff favours large-bodied guitars (a Gibson J-200 and a Taylor twelve-string) and here the vastness of their sounds evokes the natural landscapes referenced in tracks like Cypress Grove (a slow steel slide through the swamps, via Skip James), When The Troutfish Are In Bloom and the dazzling, fluttering Hummingbird Deluxe. A complementary theme of motorcycle travel also runs through the album, evidenced in Guzzi On Hallowed Ground and Demise Of The Zundapp. Respects are paid to John Fahey with a beautiful interpretation of Sligo River Blues while echoes of Davy Graham’s Anji are woven into Max’s Tune. Equally adept with standard, twelve-string or resonator guitars and with an impressive technical arsenal of techniques including gutsy bottleneck and intricate hammer-ons and pull-offs, Don Bikoff is a tremendous guitarist. More importantly, each of the ten tracks on Hallowed Ground succeeds as an individual piece, which together coalesce into a satisfyingly complete album. donbikoff.com Stephen Hunt