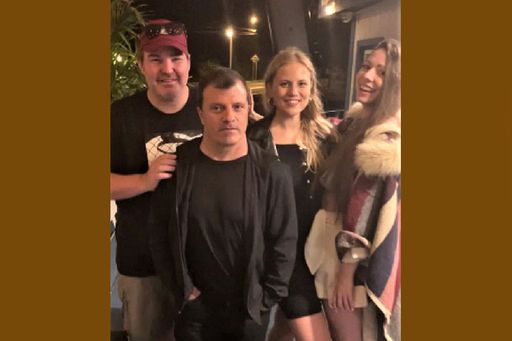 The Montauk and New York City-based band “The Phase” is a cutting-edge modern style rock band featuring singer-songwriter, lead guitarist, physicist, and World Trade Center mechanical engineer Joe Coss, virtuoso NYC and Dubai pianist Anna Demis, along with the gorgeous and beautiful vocals of Kitty McTeague; colorful keyboards of Jamie Grubb, precision bass playing of Johnny Molinari, and the rock-solid drumming of Dan Doxsee. The music of “The Phase” covers a wide range of the stylistic spectrum ranging from a throw-back 1960’s surf and skate vibe, to a unique and incredibly original psychedelic futuristic rock sound. “The Phase” will be performing their eclectic brand of modern rock at their 11th consecutive Montauk Music Festival scheduled from May 19th – May 22nd 2022 on the East End of Long Island, NY along with over 100 bands coming in from all over the United States, playing Live Shows at over 50 venues, at which time they will release their new singles “Keep Me Awake” and “Bright Colors.” Early in the Summer of 2022 the band will then be releasing their first 2 Music Videos for the tracks “Stay All Night” and “Montauk Summer Sun” which were filmed in Montauk, NY and feature the actress and television host Tia Barr (Sons Of Anarchy, The Lodger, and Cold Dead Hand with Jim Carrey). Later in the autumn of 2022 the members of “The Phase” will also then appear in the short film “The Planet” to be directed by Scott D. Rosenbaum (The Perfect Age of Rock ‘n’ Roll) based on the new futuristic sci-fi novel “The Planet” by Joe Coss.