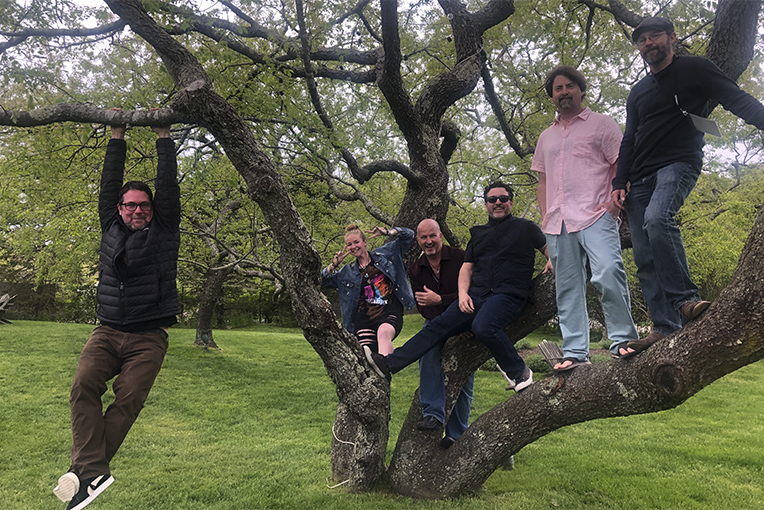 The Om-en are spiritually connected souls sharing the positive message and energy of their original songs. Fresh off the successful mini-tour promoting their second album “Introducing Shannon Gibbons” which highlighted some spectacular original songs featuring Shannon including "Come Home", Loving the Ol' Way", and "Should Have Been You", the Om-en have expanded to perform outside the Metropolitan Area including performances in Utah at Sundance Film Festival, Hollywood, Hawaii and Florida. Despite the recent expansion, the Om-en's roots are on Long Island from which all the member hail. The Om-en have played some of the largest music festivals on Long Island including the Great South Bay Music Festival on LI (8 years running) and this will be the 4th consecutive performance at the Montauk Music Festival. The Om-en have a new album in production and have many new songs they will perform at this year's Festival. Lead vocalist 19 year old Shannon Gibbons, with a voice reminiscent of Adele and Janis Joplin, packs the power to the original songs. John Sparling, lead and backing vocals and acoustic guitar shares songwriting details with Shannon. Peter Dillon ("thumper") plays bass and Brian Sagerstrand, “master of djembe disaster”, plays djembe and percussion and rounding out the rhythm section. Adam Roe is lead guitar and backup vocals and Patrick Dillon is lead and rhythm guitar.