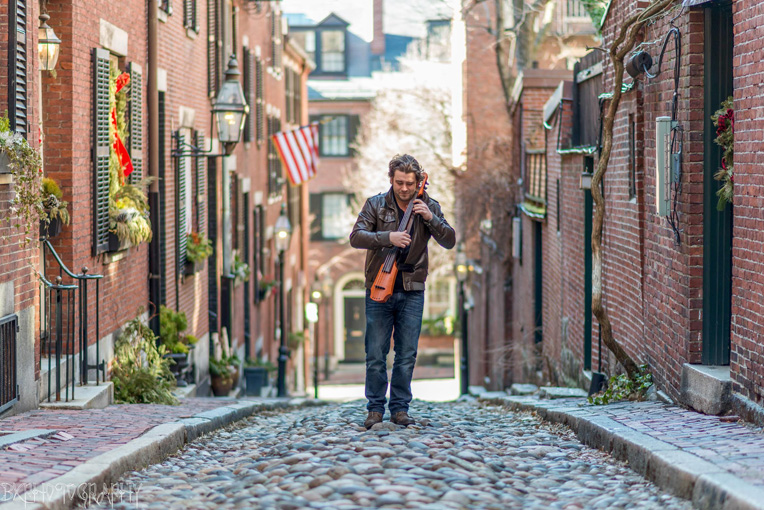 JOHN HANIFIN BAND is a College/Alternative band with Pop sensibilities that hails from Boston, Mass.

JOHN HANIFIN BAND is a College/Alternative band with Pop sensibilities that hails from Boston, Mass. Front man, John Hanifin, is an accomplished Cellist with a Bachelor’s Degree of Music in Cello Performance from The Boston Conservatory of Music and a Masters Degree from the Longy School of Music of Bard College. John’s talents are not limited to the cello, his guitar and lead vocal performances are equally compelling and he composes most of the bands material. Brandon H. Allen, the bands keyboardist, backup vocalist and frequently lead vocalist is no stranger to composing and arranging himself. At 10 he was admitted into The Boys Choir of Harlem and by the age of 12, Allen had secured a spot in their main choir. Earning a music scholarship, Allen attended The University of Texas at San Antonio for three years before transferring to Berklee College of Music. Domenic Volpe Davis rips the bass guitar and like John started with classical music as a percussionist in a Boston public high school and subsequently attended the Berklee College of Music. Ashdon Reynolds is a born drummer. Once behind a drum kit, he only looked ahead. At 24 years old, he is one of the “in-demand” drummers in and around Boston and Western, Mass. Jeremy Turgeon started playing the trumpet at age 11. During his high school years at the Springfield High School of Science and Technology, Jeremy sat principle chair for the Massachusetts Western District Orchestras. Claudio Raino, lead guitarist, is a graduate of Berklee College of Music. A native of Rome, Italy, Claudio’s originality can be heard through his soaring lead lines and subtle but full harmonic tones.