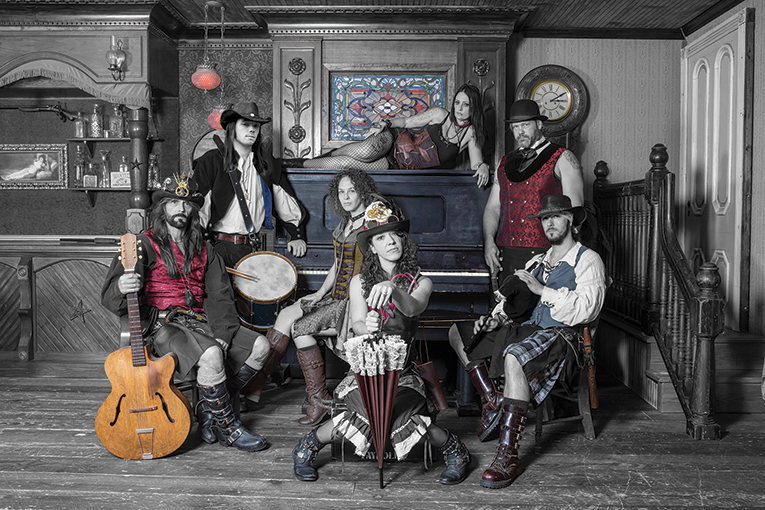 Tuatha Dea is a progressive Americana band with a Rock edge, a Celtic-Appalachian influence and a fearless attitude for pushing the boundaries of modern roots music. Their music thrives on a perpetual energy backed by expansive vocal ranges, steady, driving percussion, electric instrumentation and the melodic sounds of acoustic instruments like fiddle, guitar, penny whistle, bagpipes and even didgeridoo. Tuatha Dea, RATED #2 Appalachian Celtic Alternative Rock group world wide by Reverbnation! Based in Gatlinburg IS touring extensively about the US and Canada.

Tuatha Dea has performed on stage with and accompanied Paul Simon, Alto Reed and James Mckinney and has appeared at events featuring Brandi Carlisle, Kacey Musgraves, Jessica Lynn and Phil Lesh among others. Tuatha Dea is one of the 12 artists chosen for the 90th Anniversary Bristol Jubilee Sessions with Dolly Parton, Ritchie Owens and other great renowned acts now available at https://1927jubilee.bandcamp.com/ !

Tuatha Dea has recently signed with Sound Biscuit Records in Tennessee and are currently preparing their 6th album due for major release in 2020! Tuatha Dea’s 4th CD is associated with the novels of recognized published Sci-Fi- Fantasy Author for Tor Publishing, Alex Bledsoe. Tuatha Dea is NOW featured as characters in his recently released 3rd book in the series about the Appalachian IRISH Fae, “Long Black Curl” ! Tuatha Dea’s 5th CD the much anticipated “Kilts and Corsets’ Album was produced by Grammy Nominee Travis Wyrick and released in June of 2017 !

Tuatha Dea produced and sponsored “The Green Album” in 2016 comprised of 14 Artists from around the Globe with 25% of ALL proceeds going to Rainforest Trust and the efforts around the world! Over 10,000 acres of Rainforest have been saved to date!