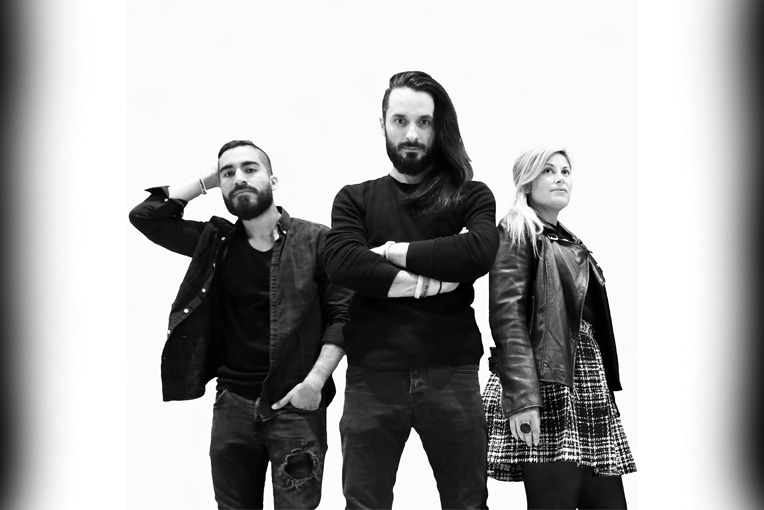 Trapped In Static is an Alternative Rock / Indie Rock band from New York City. Performed in well known festivals in the East coast and established venues in NYC from Webster Hall to The Bitter End. Recently released 4 new singles, marking the closing of an era and opening their way to a new sound for their new album which is set to be released mid 2020 - no singles have been released yet for that album!

Trapped In Static (TIS.) made their New York City debut in 2011 as an alternative rock/indie band featuring singer/guitarist Athan Hilaki (formerly of GAD.) and drummer David Torres. Athan’s dynamically strong vocals feature a falsetto and a hint of raspy power that are often compared to vocal legends like Bono, Chris Cornell, Kurt Cobain, Eddie Vedder and Scott Stapp. David’s drum rhythms take their influence from Kings Of Leon, Phoenix and Interpol. In the end of 2018, Amy Stargher was added in the lineup, a singer/guitarist and percussionist, previously with Jett & The Bombs, with strong vocals and electric stage presence. The core of the band is completed with Gina Rebelo on bass (formerly of Three Day Threshold) and influences from Bootsy Collins to John Paul Jones, and Peter Douskalis a skillful guitarist and multi-instrumentalist, creating the foundational surge for the listener to truly become part of the music. Using the depth of life experiences  as inspiration for their lyrics, the band strive to connect with the listener through rock-and-roll infused messages of overcoming obstacles with a tinge of sorrow-filled hope.