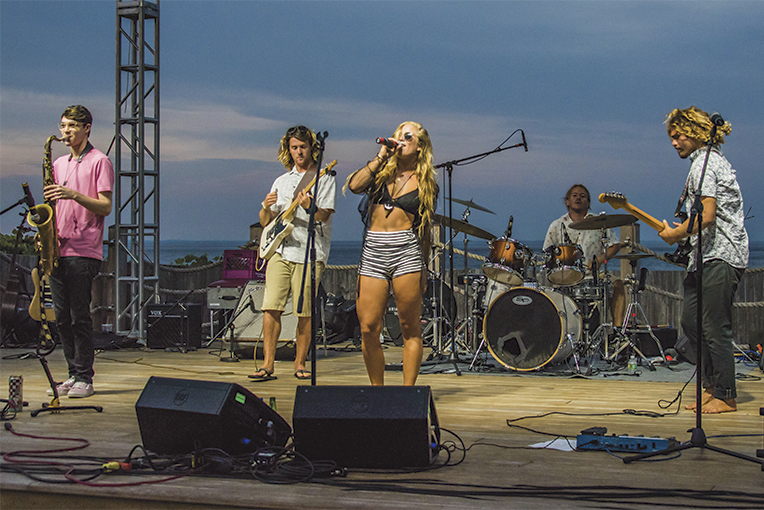 Kate Usher and The Sturdy Souls

"Kate Usher & the Sturdy Souls are a soul-pop-rock duo and band formed in Montauk, New York. You don't want to miss this up-and-coming group who has shared the same stage as Paul Simon, Sublime, Wyclef Jean, and many others."

“Kate Usher & the Sturdy Souls are a soul-pop-rock duo and band formed in Montauk, New York. The group has opened up separately for Matisyahu, Mumford & Sons, Paul Simon, Slightly Stoopid, & St. Lucia, among many others. A lovable acoustic duo that leads into a high-energy full band show, the group’s performance has been compared to a mix of John Mayer, Norah Jones, & Fleetwood Mac. The group released their self-produced EP “Shades of Blue” in Dec 2018 and this winter the group will be recording their debut full length album while performing shows and festivals across the U.S. You can also find the group performing all summer long at renowned Hamptons venue, the Surf Lodge.”