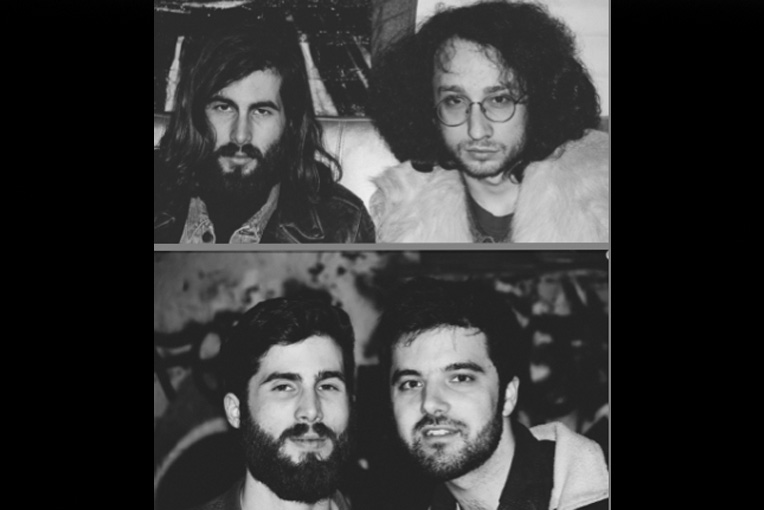 "A band in which Leo writes songs & sings them, Aaron owns many guitars & plays them, Wyatt doesn't own a bass but still plays it, Karyl hits on the & of 4."

Lovechild is: Leo Liebeskind: Writer, singer, general skeptic, New York City native. Raised in a leftist microcosm full of social activism and non-conformity, and with songwriting legend Irving Berlin on one side of his family and Eugene Becker, assistant principal violist of the NY Philharmonic under Leonard Bernstein, on the other, Leo was introduced to the music of artists like Woody Guthrie, Bob Dylan, and the Grateful Dead at a young age. Starting to write songs when he was 12, Leo channeled his family’s tradition of social activism into his music, opening for Pete Seeger at age 15, and gigging around Lower Manhattan during his high school years. At Oberlin College, he founded the Tour On Poverty, with a mission to help disenfranchised populations across the United States through the power of live music, promoting a message of progress, peace, and togetherness. To date the tours have rocked shows in 20 states, raising money for local charitable organizations in the towns that the tour visited.
Lovechild is: The twins, Woodstock-raised Aaron Mones (lead/slide guitarist) and Wyatt Mones (bassist/singer/producer). Steeped in the artistic traditions of Upstate NY left in the wake of the 1969 hippie festival, the brothers found themselves lost in a sea of what had become small town America hardcore and pop punk by the time they reached their teen years and started playing in bands around the Hudson Valley. The Mones brothers spent their high school and what would have been college years working at Dreamland Studios with Jerry Marotta (drummer for Hall & Oates, Paul McCartney, & many others), where they honed their craft and found their creative voices singing, writing, and producing their friends’ and their own music. With their project the Daydreamers, they played around the Northeast at venues like the Stone Pony and CBGB’s in their teens and were later even featured on Humans of New York before joining forces with Liebeskind to create Lovechild.
Lovechild is: The Wisconsin-hailing Karl Markgraf VIII on keys and Daryl Cozzi on drums. Roommates, and best buds. Growing up in the same Wisconsin scene that birthed Bon Iver (Cozzi took his first lessons from Bon Iver drummer Sean Carey, and Karl is from Bon Iver’s hometown Eau Claire), the two didn’t actually meet until they studied jazz together at the University of Northern Colorado. Markgraf and Cozzi have each logged countless hours playing everything from jazz to funk to indie rock and linked up again in NYC after finishing music school before both joining Lovechild.