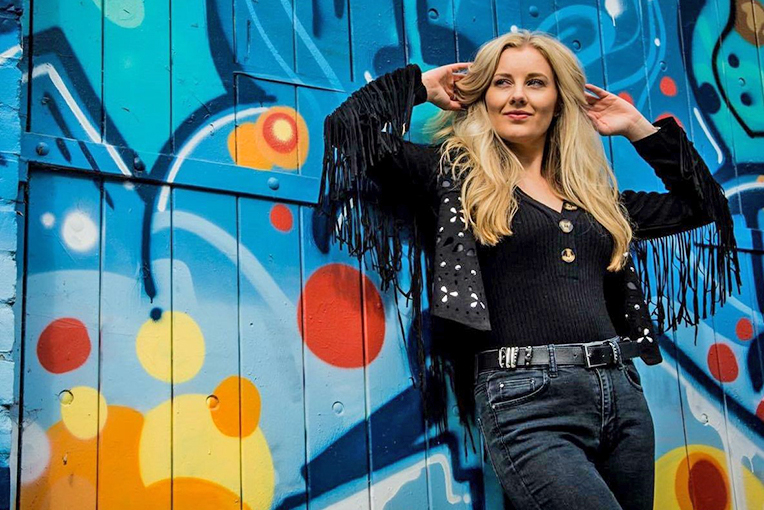 Hannah Paris is a London born, British Country-Pop Artist. This talented singer-songwriter has a sound that fuses many elements of Pop and Rock with heavy influences of Country Music.

Hannah Paris is a London born, British Country-Pop Artist. This talented singer-songwriter has a sound that fuses many elements of Pop and Rock with heavy influences of Country Music.

It was during the Summer of 2017 that Hannah hit the headlines when her début EP ‘Short Stories’ climbed the iTunes UK Country Chart reaching the top 10 from nowhere. It was an impressive debut. Since then Hannah has become one of the most successful unsigned artists on the UK country scene.

Hannah has graced many live stages, playing for audiences at many iconic venues including The Green Note, Notting Hill Arts Club and the Hard Rock Café. Hannah and her band have played over 50 festivals, reaching a pinnacle playing to thousands on the Hard Rock Stage at the Isle of Wight Festival in the UK.

Hannah has also been busy recording more music, releasing 3 singles in 2018, Just You Wait, L.A, Halfway Home and 3 more singles in 2019, Never Bring Me Down, Crazy for You and the heavily streamed “Lost in the Wind” .

A further 5 singles are due to be released in 2020, the first one drops on 15th May, called Frontline Fighters. A very unplanned song, inspired by the worldwide Covid-19 pandemic and the resulting hopes and struggles.

Hannah plays shows all over the U.K. either as a solo, sometimes as a duo, sometimes with a full band, catch her if you can.

“ Her songs carry those necessary heartfelt southern riffs, whilst her style allows her to delicately sprinkle pinches of pop, that turn each of her records into instant classics” Ollie Winiberg BBC Radio 1.

“Hannah Paris’ sound could be mistaken as originating from the heart of Nashville.” Vents Magazine.