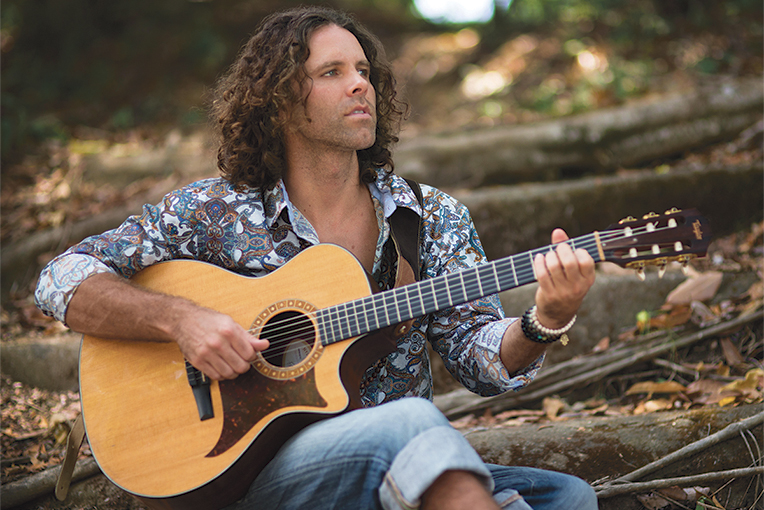 Dan Bailey Tribe delivers roots rhythms and funky afro-beats with soulful hooks, island vibes, bluesy riffs and primal drum breaks. Dubbed “beatmaster” by the New York Times, Bailey is “an accomplished drummer, guitarist and songwriter, but his connection to the African drum is personal.” A New York native with South African roots, Bailey studied djembe with his godfather and mentor Babatunde Olatunji, a legendary ambassador of African music to the western world. By 13, he was teaching djembe, and at 19 he embarked on a round-the-world journey to surf, write music and study with more African masters. In the international festival circuit, Dan Bailey Tribe has performed at Envision Festival and Jungle Jam Festival in Costa Rica, Flow Festival in Hawaii, Unifier Festival in New England and BaliSpirit Festival in Indonesia. Bailey has shared the stage with Bob Marley’s Original Wailers, Culture, Maxi Priest, the English Beat and Thievery Corporation. His new ALCHEMYSTIC EP features special guest performances from superstars Chad Smith (Red Hot Chili Peppers), Bakithi Kumalo (Paul Simon) and G. Love. Join the Tribe and tune into our award winning website at www.danbaileytribe.com, the 2018 Independent Music Awards’ “Best Music Website.”

Dan Bailey Tribe delivers roots rhythms and funky afro-beats with soulful hooks, island vibes, bluesy riffs and primal drum breaks. Dubbed “beatmaster” by the New York Times, Bailey is “an accomplished drummer, guitarist and songwriter, but his connection to the African drum is personal.” ​ Bailey grew up in a loving family of starving artists, living in harsh contrast to the extravagant wealth of the surrounding Hamptons. As a boy, he taught himself guitar and received the gift of rhythm from his godfather Babatunde Olatunji, world-renowned Master Drummer and cultural ambassador. Bailey studied Olatunji’s unique method of teaching West African djembe and by the age of 13, was hosting his own drum workshops and playing for African dance classes. The positive influence of music at a young age saved Bailey from a potentially dark path of drug abuse and delinquency that trapped many of his childhood friends. Instead, he channeled his creative energy into rhythm, guitar and songwriting. He had already written over 200 songs when he decided to embark on a round-the-world journey at the age of 19.

During his year long walkabout, Bailey gained a lifetime of experience that continues to fuel his songwriting today. He surfed the North Shore of Oahu in Hawaii, worked on an organic farm in New Zealand and carved his own didgeridoo in Australia. He taught drum workshops in South Africa, traveled overland from Cape Town to Kenya, and studied with master drummers in West Africa. He sang on the news in London, drummed for peace at a rally in Madrid and made a pilgrimage to Bob Marley’s home in Jamaica. Years later, he drove a converted suburban with his best friend from New York to El Salvador, living a nomadic life writing music and surfing. Filled with inspiration from the world over, Bailey returned to New York and released two albums of original music (“The Light of One” and “Rise Wild Stepper”) and three albums of traditional African drum music. Since then he released a collection of family songs he and his mother Susan wrote, entitled “Mama Teach Me Love.” Together they taught African drum and dance classes for over 15 years on the East End of Long Island which established a growing community. This eventually led to an explosion in the Hampton’s drum circle scene. The weekly summer gatherings soon became a beach party phenomenon that grew so wildly popular that the police had to intervene after it attracted over 1500 people and appeared in the New York Times.