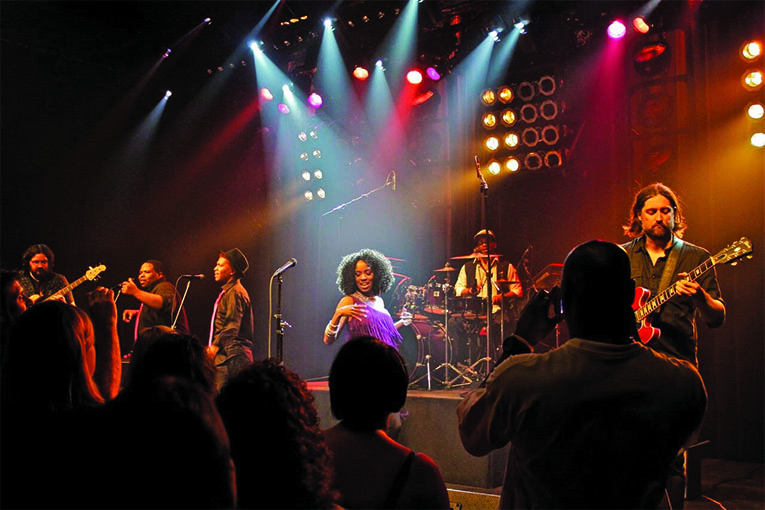 After Memphis is a bluesy rock band that intertwines sounds of the golden ages of modern music. Combining classic southern rock with a little ol' Motown, After Memphis gives an energetic yet magically soulful twist to the rock genre.

After Memphis is a blues rock band that intertwines sounds of the golden ages of modern music. Combining classic southern rock with a little ol’ Motown, After Memphis gives an energetic yet magically soulful twist to the rock genre. Formed by Monaye Love (Lead Vocals) and Jason O’Heron (Lead Guitar) in 2016, the two embarked on the musical journey towards what is now After Memphis. Accompanied by Jason Dove (Bass) and Ricky Parker (Drums), they are melting pot of musical backgrounds that have created a sound that must be experienced. Powerful chemistry, electrifying live performances, and music that completely breaks down the barriers of genres. After Memphis will leave you wanting more every time. Since the release of their debut Ep, Organic Roots, After Memphis has been entertaining audiences in there home state of Minnesota. Catching spotlights such as being featured on the PBS BackBackroads Series, as well as performing in such festivals as SXSW in Austin, Texas and the 10th Annual Montauk Music Festival. In the summer of 2019 After Memphis headed to LA to record and release their most recent single “Groove” with the legendary Bob Horn. The band was quickly back on the road to complete an East Coast tour starting in Pigeon Forge, Tennessee and ending in Montauk, New York. As a endlessly dynamic family of musicians, After Memphis continues to expand its unique musical vision to create music that truly moves people and has an impact on their lives, or even if it just sends them to another place to take a break from the stress of every day life. It Is all about family at the end of the day.